The keto diet: how I beat the binge

I remember in my 20s going to an 'out of the box' weight loss class, which was so 'out of the box' they didn't even list the treatment. But I showed up with my $150, along with 20 other overweight women.

The keto diet: how I beat the binge 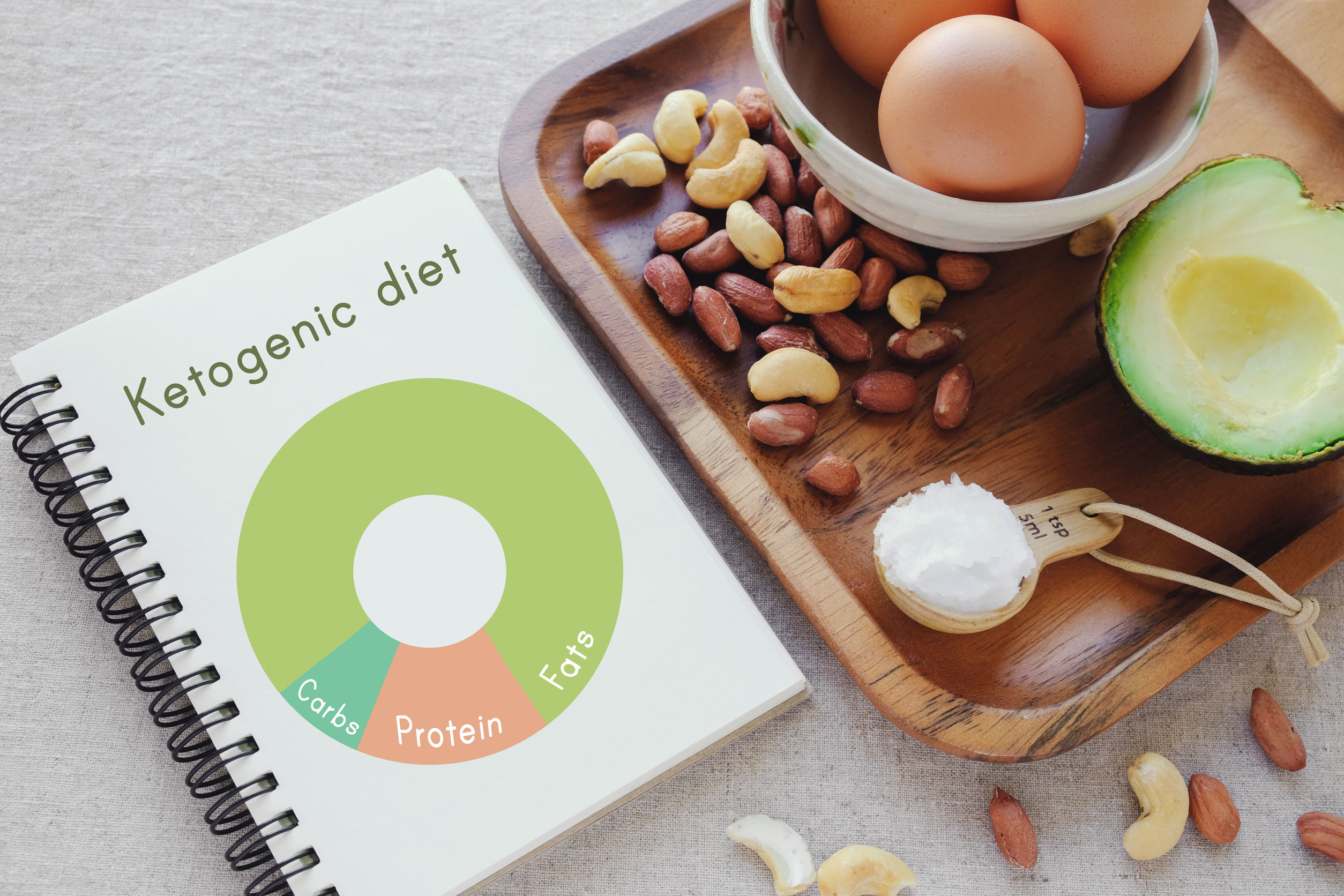 The lady running the show said: "I don't need to tell you what to eat to lose weight; overweight people know more about nutrition and diets than anyone else."

We all silently nodded, because that was true. Self-knowledge wasn't the issue. I know if I eat kale salads and water I will in fact lose weight. Problem was, I couldn't do that. Something in my mind would tell me to eat anything other than that. My willpower became non-existent.

I say this not as a nutritionist or doctor, but one of the millions of people across the world who has tried seemingly everything. I'm happy to report that I finally found something what works for me.

(The treatment was tapotement by the way. Tapping away my cravings. I officially only tapped away $150.)

The ketogenic lifestyle pathway started with me putting the cigarettes down over a year ago. I had always had a delusional self-image, where I was simultaneously both thin and fat at the same time in my mind.

It waivered with however I woke up and the mood I was in that day. I did a very self-deflating action of touching my stomach in the morning, and if it was flat I was OK, but if not, I was not OK, hence the extensive knowledge of proteins and carbs, fats and sugars and also my trip to the idiot tapper.

I was also a lifelong smoker. I would quit over and over but the weight would come on and I just couldn't bear it, picking them up again. I consciously would smoke instead of eat and it worked until the smoking was causing me more damage than being thin mattered. I finally put them down for good.

All was fine until I saw little changes in my eating. Without the smoking, I had to eat. Sugar quickly became a beautiful, little sparkling pleasure. It happened slowly and I didn't see the weight creep on, but I felt my jeans tighten and tighten. Two jean sizes in 7 months and it just wouldn't stop no matter what I tried.

I tried veganism, vegetarianism, fasting, juice fasting and cutting calories. I tried hypnosis and a joined a gym. I tried removing sugar with no diet change and it was just months and months of physical and emotional agony, with no result.

The diets weren't working, my mind couldn't take it, and I had reached self-loathing. I had just increased my jean size for the third time in a year and I was completely devastated.

The sugar was no longer a pleasure - it just didn't work anymore. It became something I needed to eat, not something I wanted to eat. There is nothing more exhausting than battling with your own mind about what to do. Arguing with nobody but you and losing.

Then a Netflix movie changed everything. We all watch those documentaries, get super inspiredâ€¦for two weeks (then go back to our old ways). I totally gave up meat for a month after Cowspiracy!

But this was different. I watched The Magic Pill and it just clicked. I had always been aware that fat doesn't make you fat. But I didn't get the connection from my head to my heart until this documentary.
I decided that if it was going to fail, I better give it the best damn shot I could. So, I did the deal.

â€¢    Step 1: I did the research. I read and read and armed myself with facts that made sense to me. It made sense that every diet I went on was no sugar, but then no fat, so I felt hungry and binge ate ALL THE TIME. It made sense that If I filled my body with an opposite fuel source to sugar, that it could work just as well without the spikes in mood, and hormones, and feelings, and god-awful guilt. I could just eat what others ate before me to get results and I too could achieve those results potentially.

â€¢    Step 2: I planned and planned and planned some more. I used Pinterest to organise recipes and got my family on board. It wasn't just going to be me eating meat and veggies alone. Low and behold my dear husband had been wishing I would change the way we ate, and I seemed to not hear the countless pleas for me to keep the sweets out of the house. He was all in.

â€¢    Step 3: I got a macro counter and saw what worked best for me individually. I don't need emotions, or motivational speakers, I don't need pep talks, or support groups. I need science and numbers to tell me what to do to achieve what I need to achieve. I got the numbers. 75 per cent fat, 20 per cent protein, 5 per cent carbs. 1,300 calories a day.

â€¢    Step 4: I got rid of every single thing in that house that wasn't contusive to a ketogenic lifestyle.

Something switched. I walked through my first ketogenic day. From day one, there was no sugar craving. Nothing. I went to bed looking around the room like I had lost something. I was just there, full and contented.

Well that's got to be a fluke, right?

Listen, I would have odd days of good diet, but for the first time in 15 years, I had no craving, I had no hunger. I could just cook the food, eat the food and leave the food. Day after day.

I eat food. Real food. I was never a breakfast eater, so I have coffee. A big lunch of avocado, eggs, cheese and meat. Snacks of hummus and veggies, nuts or homemade beef jerky. Dinners packed with veggies and beautiful cuts of meats. I make a mean cauliflower mac n' cheese as well.

It is easy to use the self-knowledge, now that the knowledge isn't in contradiction to my craving. There is no longer a doughnut on one shoulder and a carrot stick on the other whispering in my ear.

I lost 4 kilograms in the first 11 days. It was an entire jean size.

Sure, I'm thrilled, I got my sexy back, I no longer dread the morning picking-jeans-and-praying ritual.
I can happily let my husband hold me, look in the mirror naked, total self esteem overhaul YES. But that's not why I did it and not the best part.

I no longer, not once, have the dreaded sugar craving leading to mind battle, leading to submission to craving, resulting in a sugar binge and followed by self-loathing that I had been enduring for years.
The lost battle of self no longer takes place. The problem no longer exists for me. I gave away my last stashes of lollies. I didn't flinch at Donut King in the shopping centre. The problem no longer exists. My skin has cleared, my mind has cleared and my energy has skyrocketed. I sleep like a rock, and my moods are stable. Oh, and I no longer start yawning at 3pm either.

The ketogenic lifestyle can be debated and critiqued, however my personal experience is now so overwhelmingly successful.

I do recommend to do your own research and by all means join me, if the end of your sanity with sugar is quickly approaching, this way of living has turned out to be surprisingly sweet for me!