Instead of viewing wellness as a way to overcome illness, those in professional services must see it as a pathway to thrive and succeed, says Dr Happy. 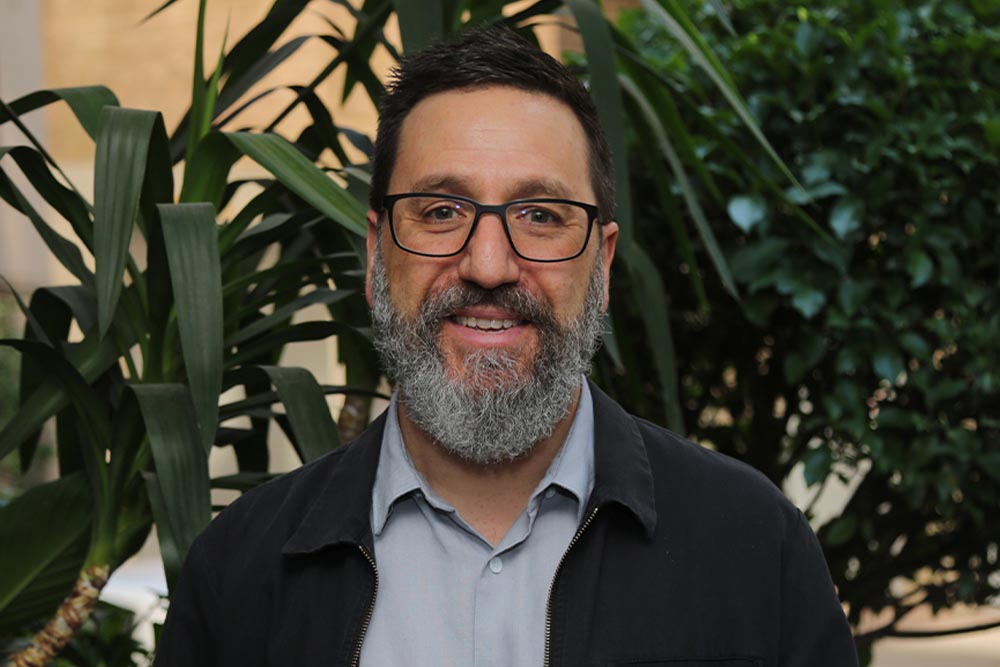 What is positive psychology, and how can it help?

When people are sick, they go to their GP to overcome that ill health. This is, of course, hugely important. But it is also crucial – arguably, more so – to focus on what we could crudely term as proactive and holistic wellness, as opposed to simple reactive care.

“If we can get true wellness, if we can have energy and motivation and a desire to jump out of bed and do what we can for ourselves and for others, that [would offer] so much more than what we’ve traditionally gotten from psychology or other health professions,” he said.

Dr Happy started his career as a clinical and academic psychologist – which he found “tremendously satisfying” – at a time when the notion of positive psychology didn’t yet exist. He followed this career path because, at his core, he wanted to make people happy and assist them in being the best they could be to thrive and perform.

At a certain point, however, he discovered the early writings on positive psychology by Martin Seligman, which provided an epiphany for him: Although he was helping people be happier through clinical psychology, that work centered more around “helping them overcome the worst as opposed to building on the best”.

As such, he made a switch and set up The Happiness Institute, an organisation “devoted solely” to enhancing happiness in institutions, individuals and families. He has served as its chief happiness officer for 15 years.

Positive psychology, he outlined in self-proclaimed simplistic terms, promotes a “shift from focusing almost exclusively on faults and failings and weaknesses, what’s wrong with people and how can we fix them to strengths and what’s the best in people and how we can help them make the most of that so that they’re genuinely happy”.

Broadly speaking, he said, the difference is “from deficit and dysfunction and distress through to thriving and flourishing and happiness”.

Dr Happy also went to lengths to assure that positive psychology – as people may perceive on social media – is not the pursuit of happiness to the exclusion of sadness or trauma. Instead, he said, there has been a conscious effort by professionals in this space to push back against such impressions.

“I spend a lot of my time saying, ‘You can’t be happy all the time’. It’s unrealistic to expect that. It would be absurd. It would actually be kind of weird if you thought you were happy all the time. And, not just that, but the so-called negative emotions, things like sadness and grief and anxiety and stress, these are not just normal but useful emotions. We need them in our lives. They add to the richness of life. We can learn from them,” he advised.

“There have been, for good reason, I think, some misunderstandings of positive psychology as just being about happiness. But I don’t think it’s like that, and I think it’s a really good discussion point to reinforce that it’s totally normal to get upset sometimes. It’s not a bad thing at all, and in fact it should be embraced as part of a full life.”

‘Happiness is something you choose’

In explaining how positive psychology can be practically applied by working professionals, Dr Happy pointed to a mantra of his: “Happiness is something you choose”. This mantra, he noted, acts both as a philosophy for taking responsibility and as an acronym of guidance.

It is fundamental for those in professional services to have clarity of direction and meaning and purpose and values, Dr Happy said.

“These are the things that guide our life, yet most people don’t give them much thought. Most people wander through life without a guide, without direction. But if they do so, they might stumble upon happiness every now and then, but probably not as much as they could have,” he reflected.

“These are obvious things, but important things like exercise, diet, nutrition and sleep, meditation, mindfulness and rest in other areas [are] not just good for our bodies, but good for our brains. I use exercise to keep physically fit, but also as an antidepressant, as a stress buster, as a psychological tool.”

Being optimistic is a mindset, Dr Happy said.

“It’s a way of thinking, which comes naturally to some people, but which others might need to or might benefit from developing. And now this isn’t the same as positive thinking. It is about looking for the good. It overlaps a bit with gratitude and appreciation, but it’s also about facing up to the cold hard realities in a constructive way and a practical way.”

It is also necessary to build positive relationships, he added.

“There’s no doubt from the research that that’s probably one of the most important things we can do. The happiest, most successful people, those people that live the longest have more love in their lives, more and better connections. They feel like they belong.”

As a clinical psychologist, Dr Happy recounted, “All I really learned how to do is identify weaknesses.”

“I’d interview you and find out where you’re going wrong. Now that’s not completely inappropriate, it can be useful exercise. But what we also know is that just as we all have weaknesses, we also have strengths.

Finally, he said that “many of us – I know I do a lot of the time – take ourselves and they take life too seriously.

“There’s no doubt that there are aspects of life that need to be taken seriously and aspects of our job that we have responsibilities. But we shouldn’t underestimate the important role that fun and play and laughter can have, and it’s just a reminder to enjoy life for what it is,” he said.

Dr Happy was asked about the well-established trait of pessimism that possesses many professionals – including this writer – and how that trait may conflict with the principles of positive psychology for anyone striving for success.

He acknowledged that there is “some good research” suggesting that an ability to identify the “worst-case scenario” can be very useful for professionals, which helps explain why he – “for a long time” – has avoided talking about positive or negative thinking or even optimism or pessimism, “because I think they mean a lot of different things to different people and they can often be misinterpreted”, he said.

“For quite some time, I’ve tried to encourage people to think in a different way about helpful or unhelpful thoughts, because what we can say then is if you’re a lawyer and you’re thinking of the worst-case scenario and that makes you a better lawyer, well, that’s helpful. Which is not what people often think of as pessimism. Pessimism is seen as a bad thing,” he said.

“But if it’s helpful, if it makes you a better lawyer and it helps you work that case or assist your client better, then great. What we then need to ask is if you, the lawyer, take that pessimism into other contexts, if you take that back home, if you’re a father and you look at the worst things in your children all the time, is that still helpful? And the answer’s probably no. But if we think about in terms of helpfulness, then it allows us to be more flexible in a way.”

Pessimism, thus, can be very useful at work, but that particular style of thinking or acting may not serve as fruitful a purpose at home, Dr Happy said. Appreciating that separation, he noted, is key.

“I find that makes it a bit easier for people. I think, at the end of the day, that’s what it’s about. It’s that we need to be flexible enough to use different types of thinking in different situations.”

To listen to Jerome’s full conversation with Dr Happy, click below: