Finding life’s purpose after being hit by a car

In 2011, Kate Cliff was hit by a car, causing spinal damage and requiring months of rehabilitation. In some ways, however, something good came out of the accident, as it set her on a vocational path she never saw coming.

Finding life’s purpose after being hit by a car 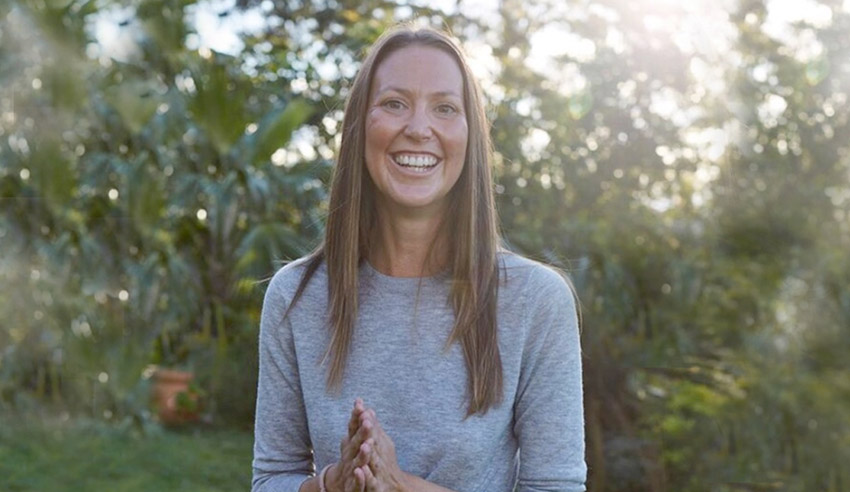 Speaking recently on The Wellness Daily Show, solicitor-turned-meditation instructor Ms Cliff explained that she had been interested in social justice issues since the age of 14, when her grandmother and cousin were both killed by a drunk driver who received “a really lenient sentence”.

“That started my push in the direction [of law]. And then my school had a really amazing Aboriginal Studies program as well, [leading to] quite an interest in what was going on within those communities. So, I set out to become a children’s magistrate. That was how I wanted to go out into the world and make a difference,” she said.

She worked across the board as a lawyer, including stints at the NSW Department of Premier and Cabinet, HWL Ebsworth and clerking for a Wollongong-based barrister. Working on particularly intense subject matter, however – including family law disputes and class actions for the Canberra bushfires – took a toll on her wellbeing.

“Whilst I was able to hold it together at work, I was finding the emotional impact of that really challenging. When you have tiny children talking about the things that have happened to them, it was very full on. The Canberra bushfires [was] another event that I don’t think I realised at the time had such a toll on me as well,” she recounted.

“I think that takes a very special person to be able to deal with those things day in and day out.”

The direction Ms Cliff’s career and life next took, however, was completely out of her control. On 28 April 2011, while at a zebra crossing in Sydney’s CBD, a taxi came around the corner at 60 kilometre per hour and, in her words, “just wiped me out”.

“I had spinal damage and my brain had moved around in my head. They call it ‘brain rattle’, a type of damage to your brain. And so, I spent months and months and months on my back, in a neck brace and not knowing what things we’re going to look like for me. Initially lying in hospital not being able to feel your legs is absolutely terrifying.”

Ms Cliff reflected that she was “living this inner and outer hell”, whereby not only could she not move, but her whole sense of being was torn asunder.

“I’d worked so hard to be a lawyer and that was who I was. That was my whole identity. I was a lawyer and I didn’t know what life meant if it didn’t mean I could succeed at that.”

But her training as a lawyer and motivation to succeed (in whatever form that might be) ultimately propelled her forward in those traumatic times.

“When you’re not able to make a bed or you’re being told, ‘The old Kate doesn’t exist anymore. You need to let go of all the things that you love doing and all of your hopes and all of your dreams. That’s not going to be your life anymore’, I’m the type of person that goes, ‘You know what? That’s not okay. That's not good enough for me, actually.’ And so, that was what caused me to go, ‘Right. Okay, I’m going to figure out what things I need to do to be able to live my best life’,” she explained.

It was at this point that she came across meditation, which was recommended to her while, simultaneously, her neurosurgeons were explaining that she would need surgery to her spinal cord.

“And when I was at a point where it’s like, I have got nothing left to lose. I’ve got everything to gain. Why not?”

Ms Cliff subsequently took up vedic meditation, which she outlined as being the process of sitting with one’s eyes closed, twice a day for 20 minutes, using “evidence-based practice” to release stress buildups from the nervous system.

“People feel quietness and stillness in their mind and body fairly straight away, and that was my experience. The first time that I sat and closed my eyes, I felt pain relief like I had never felt to that point,” she mused.

“When you’re just in this tunnel of darkness and there just seems to be no end in sight and you just get this little glimmer of hope, it’s like a big exhale. It was like, I can keep going. I can keep doing this. There is some light at the end of this tunnel.”

She wouldn’t have come to meditation, she cedes, had her accident not occurred. In fact, as a hard-working lawyer, she would have labelled one “crazy” to suggest that she try meditation.

“I wouldn't have come to meditation except that I was absolutely rendered choiceless to do so. But it was a realisation that there are a lot of great lawyers doing lots of great things, and maybe actually [teaching meditation] is the way that I can contribute to the world in a meaningful way,” she noted.

Now working as a vedic meditation teacher in Sydney and Byron Bay, Ms Cliff said there is a misconception that meditation will make one more chilled out, unproductive and not driven.

“Actually, I really think it’s the opposite. More clarity, more energy, more creativity, being more dynamic, being able to take on more, being physically well. Bringing you’re A-game every day. Meditation is like plugging ourselves into our recharge cord. We’re doing this with our phones. We’re doing it with our laptops. But we’ve forgotten to do that with ourselves.”

“So, spending that time every day going inwards first, it sets the foundation for our day. It’s about getting stress out of our nervous system so it’s not building up. It’s about changing our body’s biochemistry, so we’re running on all of that feel-good biochemistry. So, we’re feeling happier, our body’s more resilient, we’re not getting as run down and sick and those sorts of things, and we’ve got more space to deal with situations when they come our way.”

Ms Cliff no longer practices law, but she does get to teach a lot of lawyers how to meditate.

“I get to hear their feedback on what it does for them. I get text messages saying, ‘I just wrote the best advice I’ve ever written so quickly, and I was so happy with it’.”

Ultimately, meditation helps lawyers to thrive, she said, as was the case for her.

“I stopped just surviving my life, and I started being able to thrive. And it’s the most fulfilling thing seeing that in other people’s lives as well,” she concluded.

To listen to Jerome's full conversation with Kate Cliff, click below: