Can following Hemsworth’s app really turn me into Thor?

Can following Hemsworth’s app really turn me into Thor? 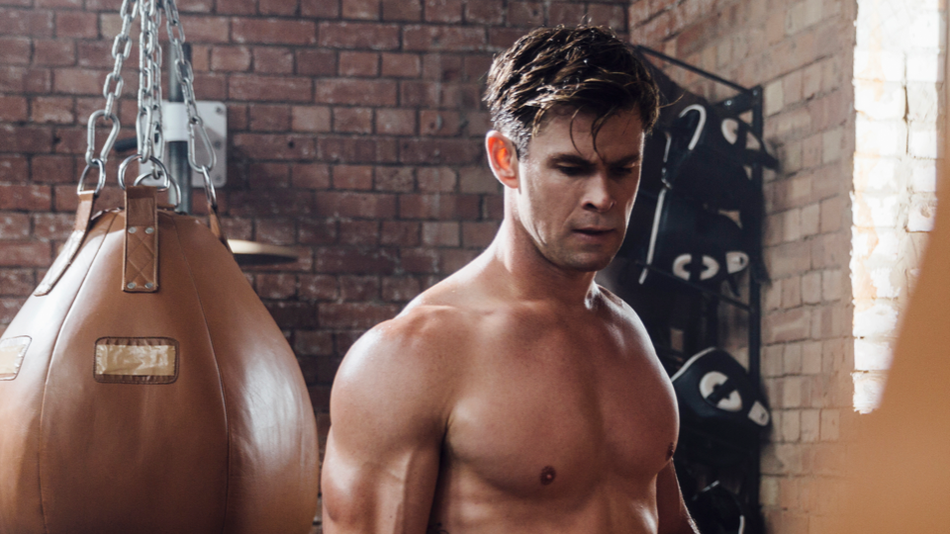 Hemsworth needs no introduction; the Australian actor is well known as the muscular Norse god Thor in the Marvel universe.

He is of course not the first celebrity, nor even the first Australian celebrity, to be well known for acquiring a jacked body for a superhero role, but he is one of the first to launch an app that combines training from the team that turned him into the man he is today.

So, will following this program for a full month turn me into an Adonis superstar worthy of a cover shoot on Men’s Health? Probably not. It’s only a month, but still, let’s see how this goes.

Probably good to set some boundaries because, at the end of the day, my job is not to look fit at all times and, realistically, I don’t have the hardcore dedication to follow the program to the letter. But in saying that, I will be following it as closely as possible, with a few rules to make it tailored to who I am as a person.

So, why these rules? Well, workouts are easy to follow, so that seems the minimum that I can do. As I am in rugby season, I will be doing some slight extra exercise outside of the app’s workouts, but those are easily managed and cannot be given up. Meditate with the app daily is also an easy one – some days have two meditations but that is an easy half an hour to set aside every day.

The middle two are probably the ones that will provoke the biggest response, so let me explain those a little. Two alcoholic events give me an ability to drink but only twice a week. For some people, this may not seem like a reduction – sorry to scare you, but I think for me it is. So, twice a week allows me to still attend friends’ drinks and do Easter with family, etc. Food is a hard one, as part of my job is going to lunch events, and part of my social life is having dinner with friends or my partner. So, at a minimum daily, I can do breakfast on the app and then one other meal that day has to be from the app. These two rules will obviously restrict results, but it’s modelling the app to suit my lifestyle, which I think is key to sticking to any workout plan.

I have chosen to follow Hemsworth’s build muscle program on the app. There are three to choose from: lose weight, tone and build muscle. For me, I thought it’s time to build some muscle, so let’s see how we go on this one. Luckily, I am starting from a decent enough base, but don’t take my word from it. Let’s see what the data says.

I got an InBody scan done, which analyses your muscle-to-fat ratio, obesity analysis and a variety of other facts and data. I would highly recommend that anyone who is thinking of completing a challenge or going on a health kick get one of these first. Pictures often don’t show the full picture and the scales are something that personally I won’t hop on.

So Inbody has me at 82.5kg and height at 178cm, which makes me slightly over a healthy BMI with a score of 26. So lucky we don’t listen to that outdated method. The scan found that my percent body fat is 14.9 per cent, my skeletal muscle mass is 40.2kg and body fat mass is at 12.3kg.

There’s a lot of data here and I won’t go into all of it but ultimately the scan found my body to be balanced with muscle distributed and, like most people, most of my fat is held in my belly.

But what about some testing? Well good thing I did that too. I maxed out on the big exercises plus did a few other activities to test a variety of things. When I say maxed, it means three reps of my top weight, that’s how I’ve always tested, and it just works for me, and the other activities are all recorded over 60-second periods.

My deadlift and bench press were a max of 90kg by three, which isn’t great as they should not be the same and squat is only slightly higher with 100kg max. I guess that’s what you get for ignoring your legs for four years. Overhead press was 50kg max and then I was able to complete 15 burpees in 60 seconds, 12 pull-ups and 45 push-ups in the same time period.

All in all, nothing awful, nothing to write home about but not terrible.

The app itself is beautiful, the images for food look delicious and even includes a shopping list so you know what you must buy. There are blogs about various fitness aspects of the app and there is a section where you can see all the workouts and food that is promoted on the app.

The place to start is on your planner section, which tells you what you have to do each day. For my Monday, I had to do one workout created by Torre Washington, a vegan bodybuilder, and I have one meditation by Fabrice Midal, a French teacher. For my meals, I have a breakfast smoothie, a post-workout smoothie, a lentil salad and spaghetti for dinner.

This is a preliminary observation, but I can see myself struggling with the food. There is a lot of cooking involved despite being simple enough recipes. My favourite type of meal plan is one where I can bulk cook on Sunday and that is lunch sorted. Whereas, this will have me cooking most nights despite including leftovers sporadically in the program. They say variety is the spice of life, but, honestly, I do love simple cooking when it comes to meal prep. All these cooking also looks expensive, so my wallet may feel the burn. My goal of following at least two a day suddenly isn’t looking so silly.

I did my first workout with the app prior to writing this and it was different. The exercises were easy enough, and there was an option to watch the tutorial so that you could get the correct technique. But it was complicated to skip ahead to another exercise if the equipment wasn’t available for you to do the exercises in order. It also paused the “rest” time if you exited the app, so no Instagram browsing for me during my breaks between sets. There also isn’t an option to input what weight you lifted, which I’m not used to, so my option is either to remember it or use another app to record it. Neither of which are particularly attractive.

However, the exercises are not complicated, and it did feel like a good workout but not one that necessarily slaughtered you at the end, which I think is a positive, and I know that some of you in the comments may disagree. I am yet to try meditation, but as I have never meditated, I can’t see myself having a problem with that aspect.

So let’s get into it, let’s see what we can do in a month.