A lot has changed for me recently. I finished my second year of university, I moved out of home and I got a new job in journalism. I'm still playing rugby. And I'm still actively in recovery from my eating disorder. 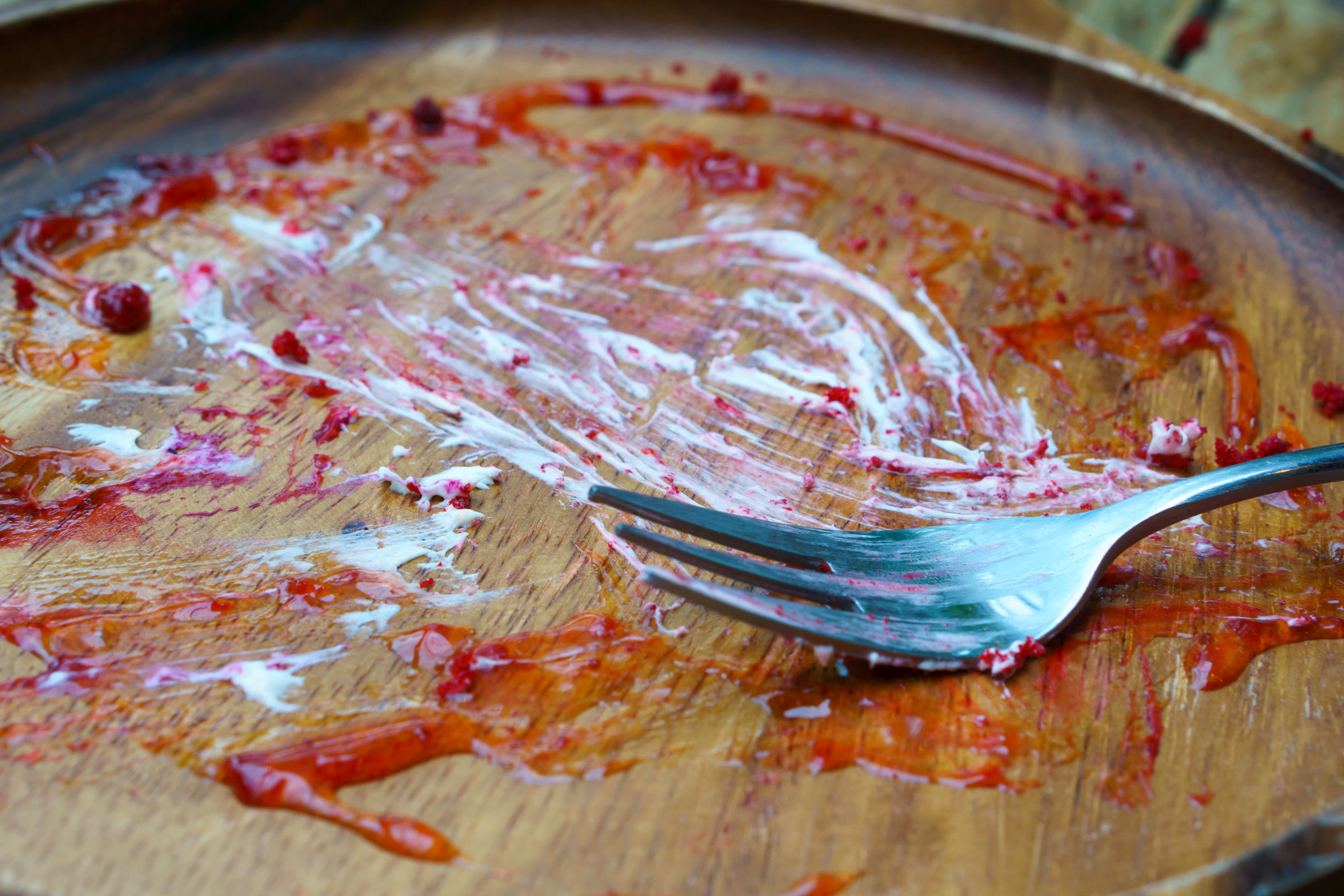 But I'm not writing for the purpose of giving a life update. I'm writing because I've been inspired by a conversation I had with a girlfriend on Saturday. She and I deep dived into our relationships with food. How we feel about food. How we approach eating. Bingeing, restricting, dieting and everything in between. It's encouraged me to reflect, more deeply, on my own relationship with food. Where it went wrong and where I sit with it now.

Back in 2011, when I was first being treated for my anorexia, I saw a dietician. She was a Canadian lady with an accent as thick as her glasses. In our first session she asked me a very simple, direct question. She peered over her spectacles, tapped her fountain pen on her knee and poised it on her blank notepad.

"When was the last time you remember eating normally?" she asked. "When you ate when you were hungry and stopped when you were full?"

I paused and reached into the deep, dark confines of my memory. I came up blank. I could not remember a time, in my living memory, when I had eaten "normally". Reaching for food when I was hungry and stopping when I was full.

She looked at me quite confused.

"Surely there's a moment back when you were a child?" she continued.

I was sure now.

I have always had a complicated relationship with food. Food has always been so much more to me than fuel. It's the place I go to feel safe and secure and warm. When I'm eating, nothing else really seems to exist. There's a delicious and pleasurable task at hand that consumes me. A task I never want to end.

When I finish a meal, I'm already thinking about where the next one's going to come from and what it's going to be. Sometimes the hours in my day just act as an obstacle to meals.

I have an urge to eat constantly. I always have. Food is my first and truest love. And it became my greatest enemy. Now, I'm sitting somewhere in between those two extremes. I'm still preoccupied by the thought of food and the desire to eat. But I'm not paralysed by guilt or fear when I eat certain things.

I have come to realise that I have an addiction to food. And I have for as long as I can remember.

Looking back now, I can see that I've always had the propensity to binge eat. As a little girl, I would sneak into the kitchen cupboard and take one Tim Tam from the packet. I would creep up the stairs back to my room and devour it in two bites. But the urge for another was always too strong. Before I knew it, the entire Tim Tam packet was empty and the chocolate coating my fingers acted as a reminder of how out of control I was.

With the taste of sugar in my mouth, I returned to the pantry, the cupboard or the fridge to find my next indulgence. I don't remember thinking this was abnormal. It was just the way I was.

I was like a vacuum. Sucking up whatever goodness I could find.

The guilt and the shame only really started creeping in when I was in my final two years of primary school. I started to become aware of diets. I noticed the ads for Weight Watchers on TV. I saw the marketing in magazines. I started to realise that dieting was what women did. I wasn't quite sure why, but I knew dieting was almost exclusively a woman's issue. So, I started to engage in it.

I 'watched what I ate'. I separated foods, dishes and delicacies into "good" and "bad". I started to run more. I slowed down when I was eating.

But that, in the end, all went to shambles. I missed eating. I hated being hungry. So, dieting took a backseat and my bingeing tendencies returned.

The dieting returned in the second year of high school and was triggered after I saw a photo of myself. I remember it so vividly. I broke down in tears, pointed to the photo and decided I was revolting. Disgusting. Unworthy of love and attention and success. I pointed to the photo, with hot tears running down my face, and at 13 years old I decided I would "change".

I threw everything I had at that "change". I dieted. Hard. But the dieting quickly turned evil. Within four months I had dropped a third of my body weight and was, without a doubt, anorexic. I was hospitalised, tube fed, and pumped full of the calories I had deprived myself of for months.

And I hated myself more and more each day.

When I left hospital, my relationship with food was even worse. To me, it represented my weakness and my lack of self-control.

But most importantly, it represented my addiction. One I was incredibly ashamed of.

The dieting, the restricting, the games continued for many years after that. I moved in and out of severe anorexia. My eating disorder ravaged me and destroyed every single happiness my life held. I stopped seeing friends for months on end. I turned down sleepovers, parties, breakfasts, road trips because of food and my fear of it.

To this day, my relationship with food is imperfect. I know I still have the tendency to binge. Sometimes, that tendency overwhelms me and I succumb to it. When I finish, I can't look at myself in the mirror. The shame is overwhelming. I'm reminded that I have an addiction to food and that lapse in self-control is terrifying.

I know I'm not the only woman with a story like this. I know plenty of women who dabble in diets. Who cut out entire food groups because that's what they believe they're "supposed" to do. Who follow fad diets or eight-week programs to get a quick fix, then stumble and tumble back to where they started. I know plenty of women who feel immense guilt for eating foods they've determined to be "bad".

But there's one thing I know for certain. And that is that diets don't work. What does work is having a long-term approach to your health and well-being. I don't count calories or kilojoules. I don't count macros.

And I try not to be too hard on myself when that tendency to binge rears its ugly head.