According to new research, mothers who are dissatisfied with their partners spend more time talking to their babies – but only if those children are boys. 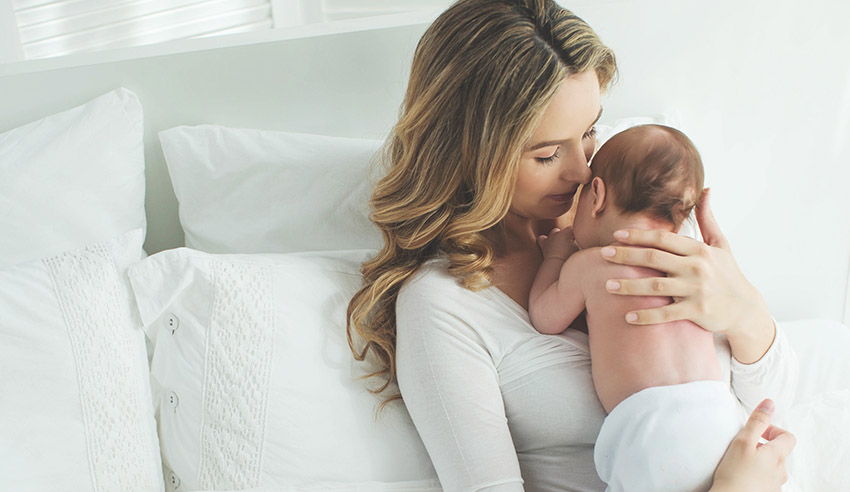 A new study from the Centre for Family Research at the University of Cambridge examined 93 first-time, heterosexual parents and their interactions with their infants, and asked those parents about the quality of their couple relationship and how satisfied they were and then gave the infants at age seven months a wearable “talk pedometer” that recorded naturalistic parent-infant talk for a full day in which both parents were at home.

After mental health issues were taken into account, the researchers found that the more dissatisfied a couple reported their relationship to be, the more the mother spoke to her infant.

Strangely, however, these effects were only found with infant sons, not daughters.

“It’s possible that the mum is trying to compensate for the poor relationship she has with her partner by putting more time and effort into her relationship with her other close male social partner, her son,” said Dr Elian Fink of the Centre for Family Research and the Faculty of Education.

“What is particularly interesting is that mums only seem to compensate when they have infant sons, not daughters. It could be that mothers view their daughters as mini versions of themselves rather than of their partners.”

But – no matter what the gender of the infant – fathers showed significantly less overall talk and initiated fewer conversations than did mothers, “even though the fathers are increasingly becoming involved in parenting and the recordings were taken specifically on a day when both parents were at home”, the researchers added.

“Even when dads spend more time around their infants, this doesn’t necessarily mean they are interacting with them more,” explained Dr Fink.

“One possible reason may be that there’s still an imbalance in who responds to the basic care needs of their infant. So, for example, if it’s the mother who still shoulders the burden of changing the nappy, this at least offers an opportune time to engage in direct communication with her infant.”

She hoped the findings will encourage parents to make a conscious effort to talk more to their infants, whether they are boys or girls.

“Parent-child interaction is important for a child’s development, with conversation playing a particular role for the child’s language development,” Dr Fink said.

“Finding time to talk to children is very important. Using opportunities within the daily routine, such as mealtimes and bedtime, to have conversations with your child may help foster later child talk.”

The researchers did not analyse the content of the mother-infant talk, so it is not possible to say whether the mother was complaining to her infant or talking positively, the study noted.

The findings of the research – which was supported by Wellcome and the Economic and Social Research Council – were published in the Journal of Family Psychology.