Tips to deal with online haters, from an Instagram influencer

Hollie Azzopardi knows what it’s like to cop heat from haters. Here, she outlines how she navigates disparaging comments and retains her sense of purpose online.

Tips to deal with online haters, from an Instagram influencer 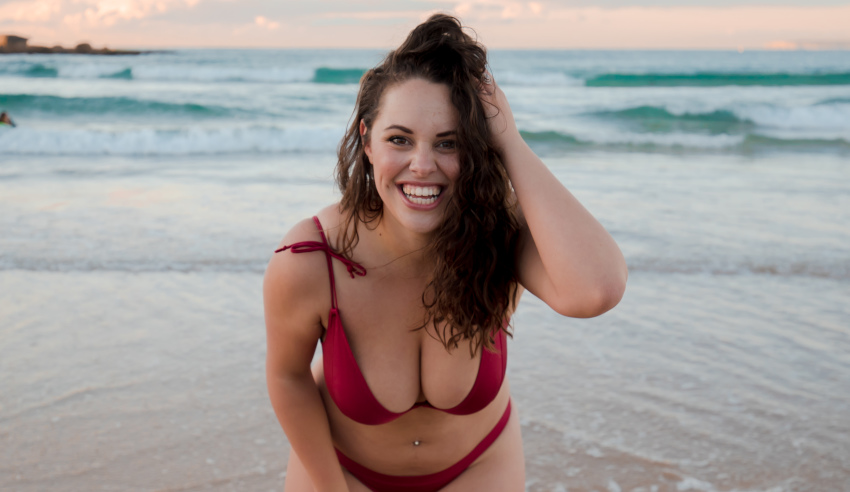 Speaking recently on The Wellness Daily Show, holistic wellness coach and body positivity advocate Hollie Azzopardi explained that she is “inundated” with positivity from her online followers, but if and when negative comments come in, she tends to dwell on those.

“The way that my body is formed, the way that anybody’s body is formed, we just do not have a right to comment on it, at all. It’s inappropriate, it’s incredibly degrading, especially when it comes to the sexualisation of bodies. For me, that’s what’s been this common theme with the people who are lashing out at me.”

“It’s in attack of my breasts, and it frustrates me that I have to almost do this as a precursor, but it’s the nature of the job that I’m in and the message that I’m sharing is: I am naturally big busted. I am a 10 F to G. It’s not something that I have ever focused on. But the more that I’ve become comfortable in myself, the more that I’m dressing for me, which means that my cleavage is on show, and it’s not for anybody but myself.”

Ms Azzopardi said it is fascinating to her that her appearance can trigger such an aggressive response from those online.

“You would assume that it would be men that would be making the inappropriate comments, but, truly in my experience, it’s been women. I had recently a week ago, a woman creates an email address to email me three paragraphs worth of attack, and in quotes, my ‘sloppy cans’, and how they’re offending her in my stories. Now, whether that’s the truth or not, she doesn’t have to watch what I’m sharing,” she said.

“I really did take it to heart, and I’m quite a resilient person. But I took it to heart for all of the people who are experiencing this level of body shame and don’t have the confidence to stand up to their bullies, or who aren’t in a position to actually hold that attack and work through it.”

“And the way that I’ve decided that I’m going to deal with this – because I know there’s more coming, the more that my profile grows – is that I show up unapologetically as myself because I refuse to do my life for somebody else,” she said.

“I’m going to continue to call this behavior out.”

While such commentary still “triggers” her on occasion, Ms Azzopardi said that as long as she can come back to the “intention behind everything that I share”, and “say it’s all from a place of love”, she is able to be resilient.

“That’s what I would share to other people in this space [who are] wanting to step more into their authentic self and follow the things that light them up. If they’re fearful of ‘What will my family say? What will my friends say? What will my husband or wife say?’ I say, just follow what your heart is telling you to do,” she advised.

“And you’ll always know what that is because it will feel good in your body. You won’t be hurting everyone, and you’ll ever have the best intentions. And then if somebody does come at you with any level of criticism or attack, while it may still hurt, you can sit with that hurt, you can process it, and then you can come back to your heart and say, I’m actually a good person. I’m a good human, I have good intention. I’m doing the best I can with what I have, and that’s all I can do.”

In the same episode, Ms Azzopardi said that in a world where body shaming, stigmas and taboos run rampant, being more in touch with one’s sensuality and being body positive has significant ripple effects for one’s holistic wellbeing.

To listen to Jerome’s full conversation with Hollie Azzopardi, click below: