As anyone who has ever worked for a “dark” leader will testify, their behaviour can have a devastating impact on the wellbeing and performance of those around them, writes Audrey McGibbon. 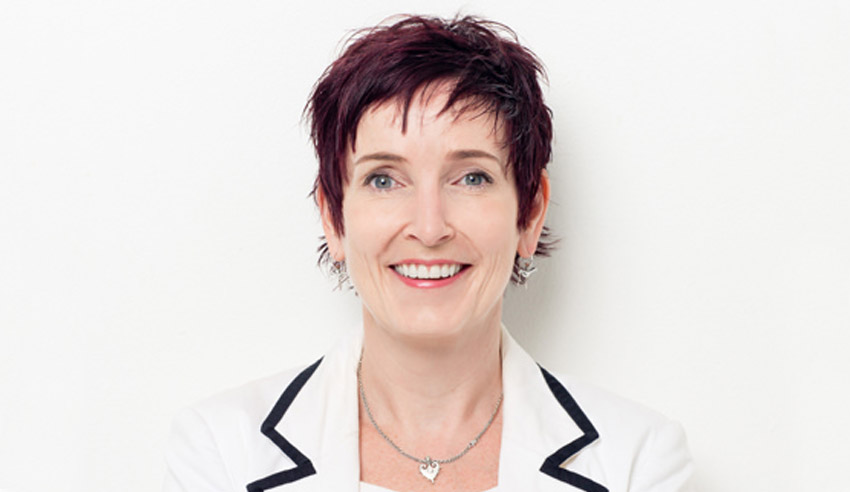 The negative consequence is amplified if you add high extraversion and low emotional intelligence into the mix. It’s an explosive combination.

One way of thinking about “dark leadership” is that it consists of Three Nightmare Traits (TNTs). In case you’re wondering whether you or someone you work with might have TNTs, here’s a quick rundown of what to look out for:

Leaders with this trait show anger and impatience. People find them obstructive – autocratic, unforgiving and unsupportive to the extent of being unjust, destructive and even abusive.

Leaders with a reputation for impulsivity are lacking in self-control or discipline and are poorly organised. They are associated with higher non-compliance, risk and quality concerns. The shadow they cast is inconsistent, careless, reactive and unpredictable; rules and regulations are disregarded, procrastination is an issue, delays are commonplace, responsibilities are shirked, and errors can go unnoticed.

Trait #3 – Lacking humility (to the point of being dishonest)

This is the leader who leaves others feeling exploited. Frequently motivated by status, power, promotions and money, their self-importance and level of self-interest (at the expense of others’ success) is a turn-off. They unfairly hog success as attributable to no one but themselves. They are conceited in blowing their own trumpets, self-promoting in ways their team experiences not only as arrogant or immodest but also as manipulative and dishonest. They often say one thing and do the other, so are experienced as insincere.

The impact of each trait on others’ wellbeing and performance:

The Dark Shadow of Disagreeable Leaders

Being in the shadow of disagreeable leaders is frequently associated with higher levels of psychological distress and emotional exhaustion. In the parlance of our GLWS findings, this is about experiencing toxic relationships, not trusting your boss, not knowing where you stand with regard to your performance, not feeling respected and not being treated in the way you would like to be.

Worth noting, too: leaders regarded as being disagreeable in nature are also associated with a significant reduction in employees’ job satisfaction, innovative capacities and overall performance.

The Dark Shadow of Impulsive Leaders

Working for impulsive or careless leaders can feel ethically uncomfortable because the standards necessary for optimal performance are violated. It can also be exhausting and lead to burnout – because the leader relies too heavily on the team to get the work done, and the team carries the burden.

Psychologically, such a laissez-faire leadership style can also leave others feeling heightened levels of distress and worry at being complicit in the leaders’ neglect of their duties, compromises and damaging shortcuts.

From our GLWS research, we can happily report that the clear majority of our database (75 per cent) report “always or usually” feeling that what others want from them at work is reasonable. But spare a thought for the 6 per cent of poor souls who “never or rarely” feel this is the case – perhaps they’re the ones with the impulsive and disorganised bosses.

Whilst the opposite style – one with too high levels of leader conscientiousness and perfectionism – can result in a team feeling micromanaged, the bottom line is that too high a level of leader carelessness results in much worse outcomes in terms of decreased effectiveness, culture and performance outcomes for individuals, teams and organisations.

Almost all of us like to have our good work and hard efforts recognised and appreciated. None of us like to be taken as a fool. All of us want to be respected.

Our GLWS research on a sample of over 1,000 leaders consistently puts “I trust my boss”, “I feel respected at work” and “I feel my contribution at work is valuable” as among the most important correlates with wellbeing, satisfaction and happiness.

So when a leader is lacking in humility and prioritises self-interest ahead of the success and needs and motivations of followers, it creates a culture of distrust, dissatisfaction, and leads ultimately to a loss of talent.

What not to do!

In 2016, Australian researchers established that many of the actions we would ordinarily suggest as being sensible for dealing with difficulties in the workplace do NOT hold true when we’re talking about TNT leaders – who are often not rational or reasonable!

It might seem a bit of a cop-out, but if you know what’s best for you and don’t want to prolong the stress and fear, the suggestion is that you don’t:

Here are some ideas to help support your wellbeing during the testing times of working with or for a toxic leader:

You won’t be able to change them. Modify your expectations and hopes in the context of what is realistic. Or, as I am fond of saying, “Don’t go to the butcher looking for a loaf of bread”. Acceptance of what is.

TNT leaders can mess with your head. So don’t let them. Be alert to recognising their emotions for what they are – usually an act of manipulation or lack of self-control. Don’t get sucked in – they will use your emotions as a weapon. Maintain your politeness always. Even if you have to stick your fingernails into your hands whilst doing so. Establish clear emotional boundaries and stick to them. Channel your Zen.

Talking about the TNT in the workplace is a bad idea on many levels. No good will come from it. The risks are high, not least of which is the oxygen-sucking downward spiral. Instead, lean on those who are best placed to help, and don’t be afraid to ask for their support. There’s nothing like the ear of a trusted, safe, loyal friendship.

Uphold your values and protect your integrity

Don’t say or do anything – or, on the flip side, stay silent or inactive about something – that leaves you with regret or feeling guilty or bad about yourself. In all of your interactions with or about the TNT, imagine you are being recorded or overheard by people you respect to help you stay honest, scrupulous and true to yourself.

Focus on the positives

Ensure you have something beyond work in your life, and that your work identity does not overshadow the other aspects of who you are. Immerse yourself into your family, friends, fitness, a new hobby or a community volunteering role. At work, divert your attention onto what you can control and enjoy that minimises your interactions with the TNT leader. Think about with whom you do enjoy working, and what is interesting and engaging for you that you can concentrate on.

Admittedly, if you’re in close and frequent contact with your TNT, this will become increasingly difficult to do, and increasingly hard to ignore. There will come a point where you might need to exercise our last wellbeing strategy… exercise your freedom of choice and look for another role!

Audrey McGibbon is a registered psychologist in Australia, as well as a chartered occupational psychologist with the British Psychological Society (BPS), an associate fellow of the BPS and a member of the Division of Occupational Psychology and Psychotherapy Sections of the BPS. She is the co-author of GLWS and co-founder of EEK & SENSE.