More than half of us quit our jobs post-holiday

New research has shown that more than one in two hiring managers have had an employee resign within one month of returning from time off.

More than half of us quit our jobs post-holiday 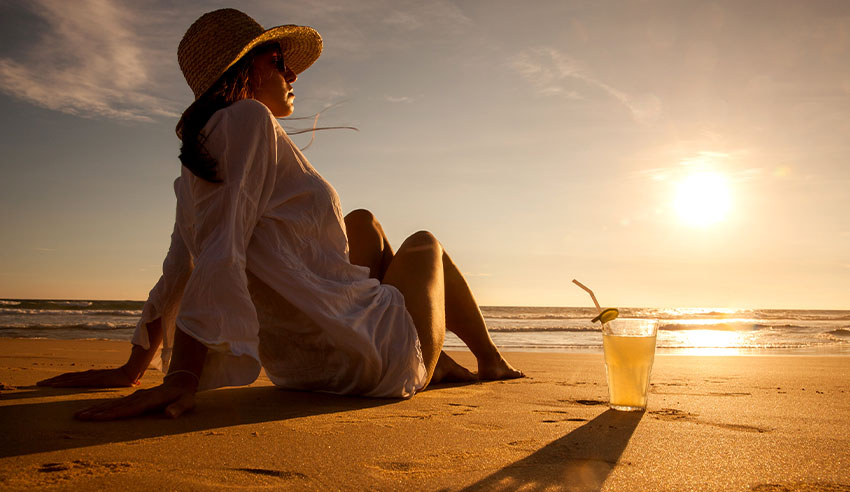 According to a new survey conducted by recruitment firm Robert Half, over half (54 per cent) have had an employee resign within one month after they return from holiday, suggesting that time relaxing was also spent re-evaluating career options.

Certain sectors may be more prone to resignation under such circumstances, the research showed, with 72 per cent of managers in the public sector have had an employee resign within one month after they return from holiday compared to 50 per cent in the non-public sector.

Further, professionals working in certain states appear to be more reluctant to return to their job than others, with research demonstrating that hiring managers in Queensland (63 per cent) and Western Australia (60 per cent) had experienced a higher frequency of employees quitting within a month of returning from their holiday than their NSW (46 per cent) and Victorian (46 per cent) peers.

Robert Half Australia director Nicole Gorton said that reviewing one’s career goals and aspirations can be challenging for working professionals who are time-poor.

“Holidays, therefore, provide an ideal opportunity for employees to reflect on the future direction of their career and assess their current job with a new perspective, prompting some to choose a different direction upon returning to the workplace,” she hypothesised.

“An employee’s conduct after deciding to resign from a role can say a great deal about their level of professionalism. Consequently, an employee who does not exit a company gracefully – such as failing to perform duties or speaking negatively about the manager – might be perceived as less attractive to future employers compared to other candidates who handle their decisions to leave with dignity and respect.”

The way that employees give notice and handle their last working days, Ms Gorton continued, could have a profound impact on future career prospects, she said.

“While an unprofessional attitude towards quitting could burn bridges with potential future referees, a negative reputation could also quickly spread among professional networks.”

Robert Half thus offered seven recommendations for employees to ensure they conduct their resignation with “courtesy and respect”:

In rare cases, employees have been known to leave immediately without giving notice, but this is highly unprofessional, the recruitment firm said.

“Working according to a notice period or even offering to stay longer will give employers plenty of time to make alternative plans, shift workloads and find a replacement.”

Inform the boss before others

“An employee’s resignation will have the biggest impact on bosses who must ensure productivity is maintained and a replacement is quickly found. For this reason, it is courteous and respectful to submit a resignation letter to the boss before alerting co-workers,” Robert Half suggested.

“Even if an employee decides to leave because they dislike their job or employer, it is advisable not to make resignations known through spectacular and almost celebratory displays. Such actions will only lead to animosity among bosses and other staff whom you might encounter in the future.”

Robert Half suggested that while resignations can be founded on negative views of a job, boss or company, views and opinions will be most appreciated when they’re expressed in a constructive and respectful manner and when invited.

“Emotive and unprompted comments which simply espouse negativity will only lead to burned bridges,” it said.

Be cooperative during the transition period

“Despite a decision to leave a company, there are a few ways to end your experience on a ‘high note’ for all involved,” it said.

“This could include ensuring assignments are completed before departure, resisting the urge to ‘slack off’, helping to recruit and train a replacement, facilitating a handover and organising a farewell among colleagues.”

“Leaving a job is akin to a new beginning, but that doesn’t mean you need to forget about your former colleagues. Bolster your professional network by seeking contact details and connecting with people on LinkedIn so you can stay in touch or even seek or offer future career advice.”

Make for a clean break

Don’t let yourself down at the last minute with a careless departure that leaves colleagues sorting out a mess, Robert Half concluded.

“Dot the i’s and cross the t’s by leaving a clean desk, ensuring email auto replies are set, all equipment is returned, and all relevant stakeholders and colleagues have been notified of your departure.”